The following map illustrates the Fire District’s borders, shows where stations are located, and identifies the Urban Growth areas (Shaded brown). The District staffs three of its seven stations (Stations 33, 34, 37) with on-duty responders on a 24/7/365 basis. The remaining four stations (Stations 31, 32, 35, 36) are considered un-staffed, meaning they are operated by volunteer members who respond to their stations when called upon.

Urban Growth No Burn Zones: Both of the Urban Growth Areas located within the Fire District are designated as No Outdoor Burning zones. This meas that there is no open burning allowed within these areas, a restriction that applies year round. Use the links below for more information. 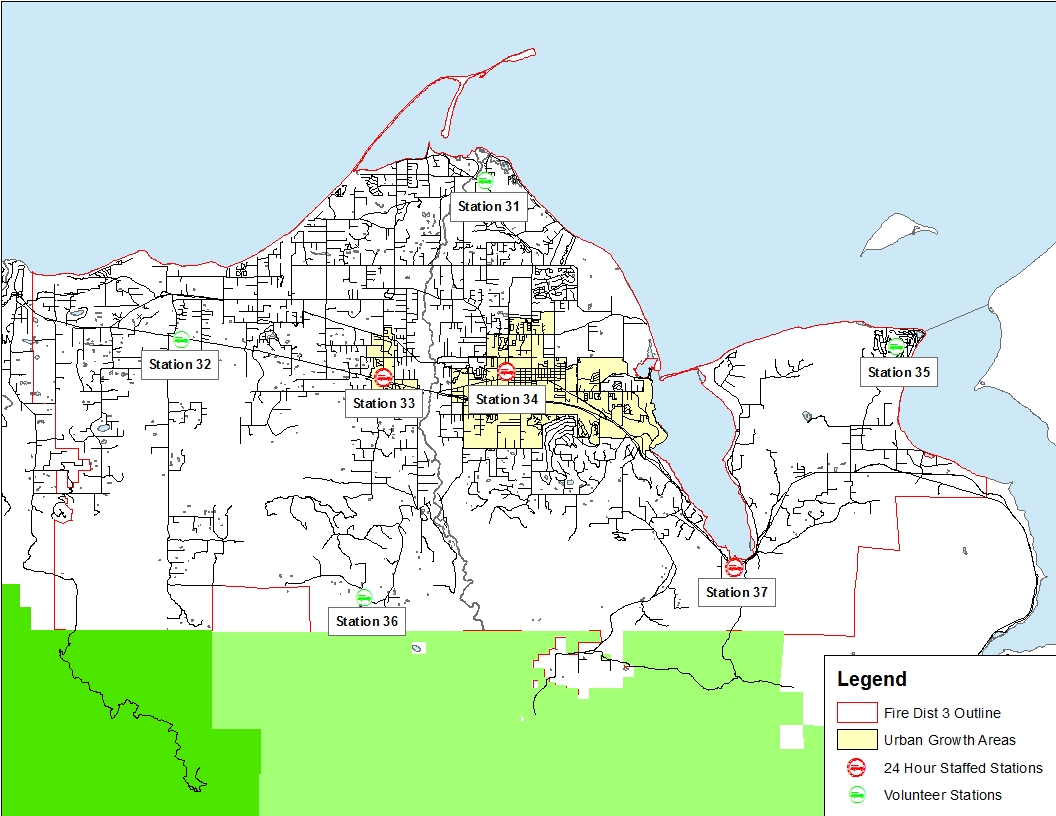